In the baroque era, vocal music played a predominant role. The voice, with its rhetorical and expressive qualities, served as a musical model, with the text building on the musical language. Instruments came into their own much later. French music at the time put particular emphasis on the meaning and import of the text, whether secular or religious.

The advent of the air de cour

Encouraged by the ambitious cultural policies of the last Valois kings in the latter half of the 16th century, artistic centres cropped up run by philanthropic Princes or educated circles run by women from the nobility or bourgeoisie. They invited the finest poets of the time, as well as modern-minded musicians and humanist Académies (La Pléiade and the Académie de Musique et de Poésie under Charles IX, and later the Palais Academy under Henri III).

A new brand of lyrical poetry, drawing from Antiquity and contemporary Italian works, emerged in response to the new musical genre. This was the air de cour, which rapidly came to represent French secular music in the late 16th - early 17th century. 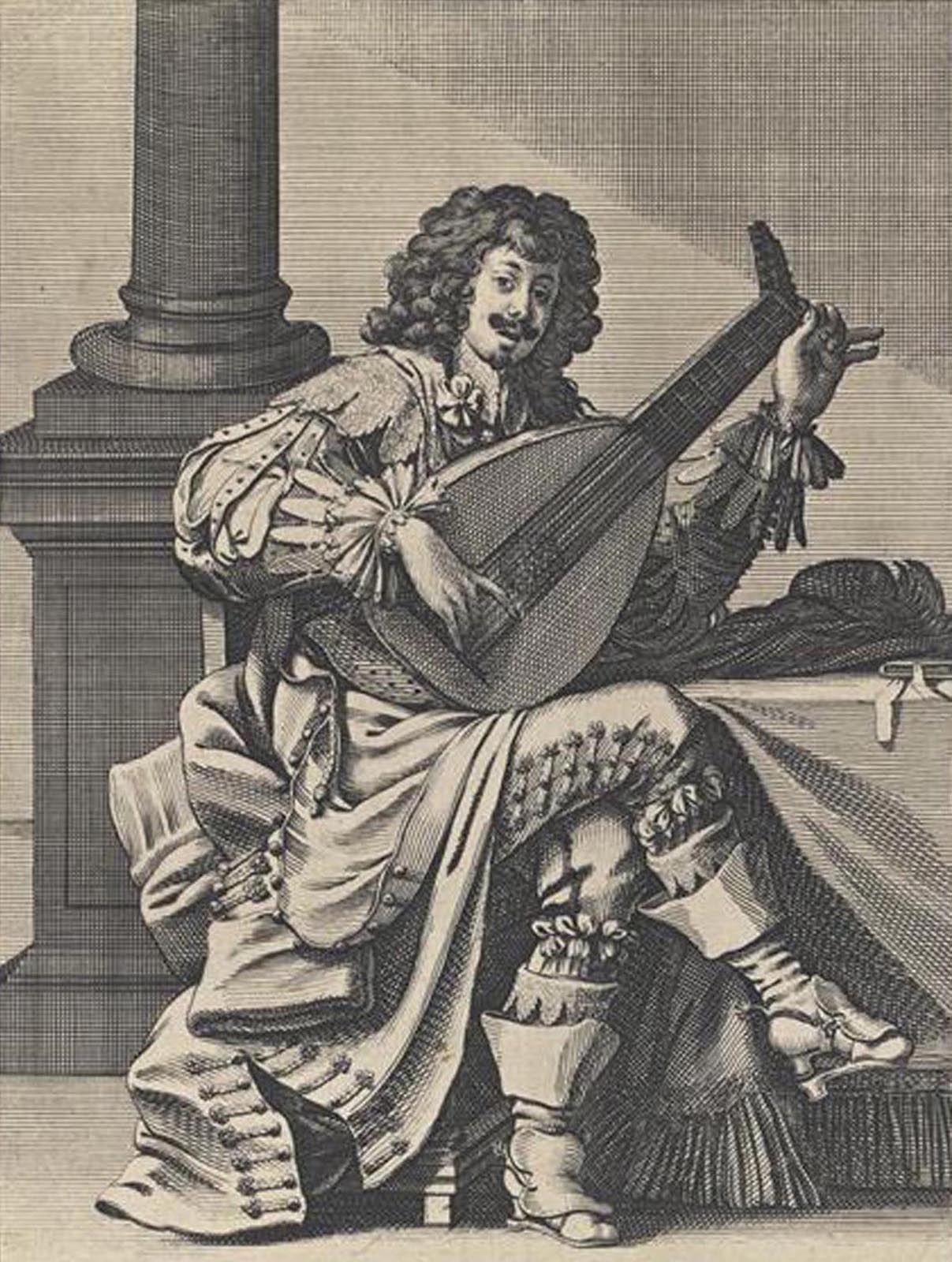 The air de cour appeared at the same time as the madrigal in England and Italy. It is a piece for one or several voices accompanied by a lute.

Of popular origins and inspired by vaudeville (literally ‘the voice of the town’), the musical language was initially simple, with vertical homophonic polyphony (i.e. simultaneous voices) with clear rhythmic and melodic lines. Its strophic form facilitated comprehension of the text.

These characteristics made the air de cour a modern alternative to the complex counterpoint in polyphonic songs which had hitherto dominated French secular music.

Some composers showed remarkable savoir-faire and sophistication in their melodic lines, ornamentation and mastery of counterpoint.

A symbol of courtliness

The air de cour quickly became the musical vehicle for all contemporary poetry, from the air galant which set to music the nuances of the amorous state, to the air de ballet, air à boire, air spirituel, etc. During the reign of Louis XIII it promoted a refined social culture characterised by musical ‘courtliness’. It became an essential feature in royal entertainment and court ballets, mainly consisting of short courtly poems set to music, its popularity extending into literary, aristocratic and bourgeois circles.

The genre attracted Grand Siècle musical and theatrical experiments. Its influence could also be seen in the newly created French (1660-1670), and it was taken to new heights by Lully and Quinault.

The air de cour encompassed almost all secular music. Its leading composers were Pierre Guédron, Antoine Boesset and Étienne Moulinié. Antoine Boesset shaped and perfected the genre, incorporating formal counterpoint inherited from the Renaissance and adding baroque courtliness, capable of depicting or suggesting all the subtleties and passions of the soul.

The air de cour with its different purposes and inspirations offered great scope for interpretation and produced rich combinations which could be adapted to suit the occasion or number of musicians to hand (from large orchestras for the court or nobility, to more modest ensembles for private performances). 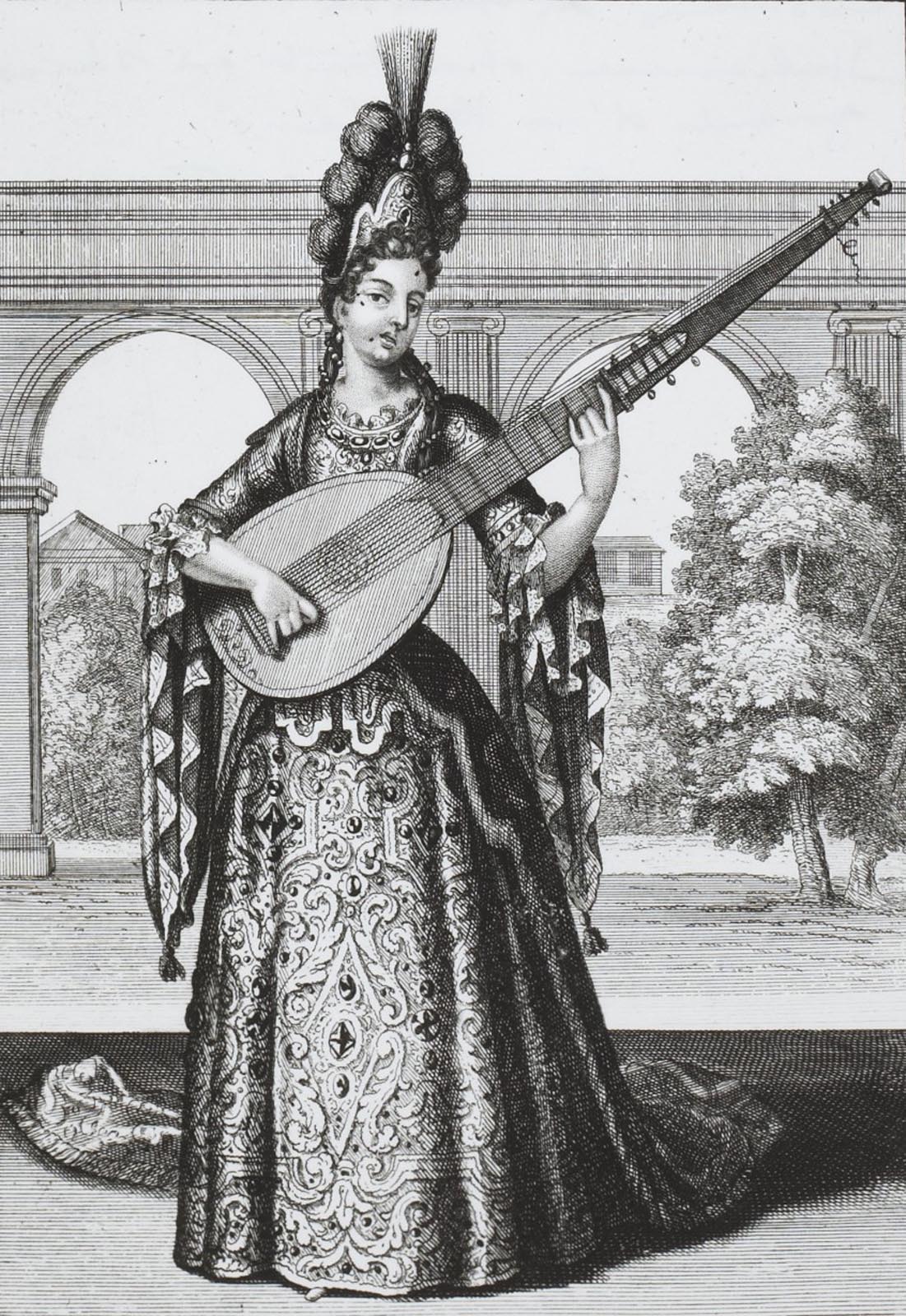 Boesset perfected the art of polyphony, but equally favoured accompanied monody. He was notably a leading proponent of continuo, and gave an increasingly important role to the solo voice. More skilfully than any other musician, he drew on the great Renaissance tradition, incorporating the modernity imposed by the musical advances of the mid-17th century. He remained a famous figure in France and abroad for a long time after his death. Airs by the ‘vieux Boesset’ were much admired for their finesse. Then, after the end of the 17th century, the first tragedies lyriques hit the scene.

Changes of the air de cour

Changes to the air de cour from Moulinié to Lambert

Étienne Moulinié (1599-1676) was the last distinguished representative of the tradition of polyphony and one of the forerunners of changes to the genre. In the middle of the 17th century the air de cour gradually evolved, based on lighter and intentionally frivolous poetry, and the air galant (henceforth air sérieux) became by the late 17th century a musical emblem in private salons and literary circles, where the art of conversation followed new codes of sociability and urbane politeness.

The air sérieux, for solo voice and continuo, constituted a sort of musical miniature. Rhyming couplets from chivalrous or pastoral literature were set to simple strophic melodies.

From 1650-1670, two musicians influenced the genre. Michel Lambert (1610-1696) was a singer, theorboist and distinguished choirmaster who rose to the post of Master of the Musique de la Chambre du Roi in 1661 and became famous for his airs sérieux. Like him, Sébastien Le Camus (circa 1610-1677), theorboist and violist with the Musiques de la Reine et de la Chambre du Roi, became one of the stars of the Paris salons. Lambert and Le Camus were celebrated by their contemporaries as leading contemporary composers, along with the late Antoine Boesset.

The appeal of opera

The creation of the Académie Royale de Musique in 1669 and the invention of French opera by Lully and Quinault were important milestones. While courtly music was being side-lined by the growing popularity of opera, Lambert envisaged gave the increasingly dated genre a second wind. In his last compilation of 2, 3 & 3 part airs sérieux, largely composed of previous works, he adhered to the monodic tradition of 1650-1670, although these versions required larger ensembles more in line with the old polyphonic tradition.

The air was a step in the path to French opera and an important component of it. The mid-17th century saw the first attempts at courtly or pastoral plays entirely set to music, such as La Pastorale d’Issy by Pierre Perrin (1659). They were composed of juxtaposed, roughly linked little airs, which with Lully’s genius were to become recitatives.

Music in Paris
The motet