So what is baroque?

The term baroque was first used to describe the exuberant style of decorative art and architecture which originated in Italy. During the 17th century it spread throughout Europe and beyond. In artistic terms the baroque era followed the Renaissance and preceded Classicism, which was in turn followed by Romanticism. Two milestones in the realm of baroque music were Monteverdi’s opera Orfeo (1607) and the death of Jean-Sébastien Bach (1750). But it is not that simple. What is called ‘classical music’ (a generic term for scholarly music from the 16th to 20th century) should be distinguished from the ‘classical style’ which contrasted with the baroque style and dominated Europe from about 1750 to 1800.

The baroque era of prosperity

Baroque marked an upheaval in the vision and place of Art in society throughout the 17th and into the first half of the 18th century. From a historical perspective the baroque era was relatively prosperous and dynamic. The increase in trade favoured the rise of a rich cosmopolitan and philanthropic merchant class. The context was favourable to the development of the arts, crafts and music. Baroque music projected a genuine sense of unity which was not merely technical or artistic. Baroque composers lived in an era of great cultural expansion and their works reflect the optimism and energy of a Europe confident about the future. 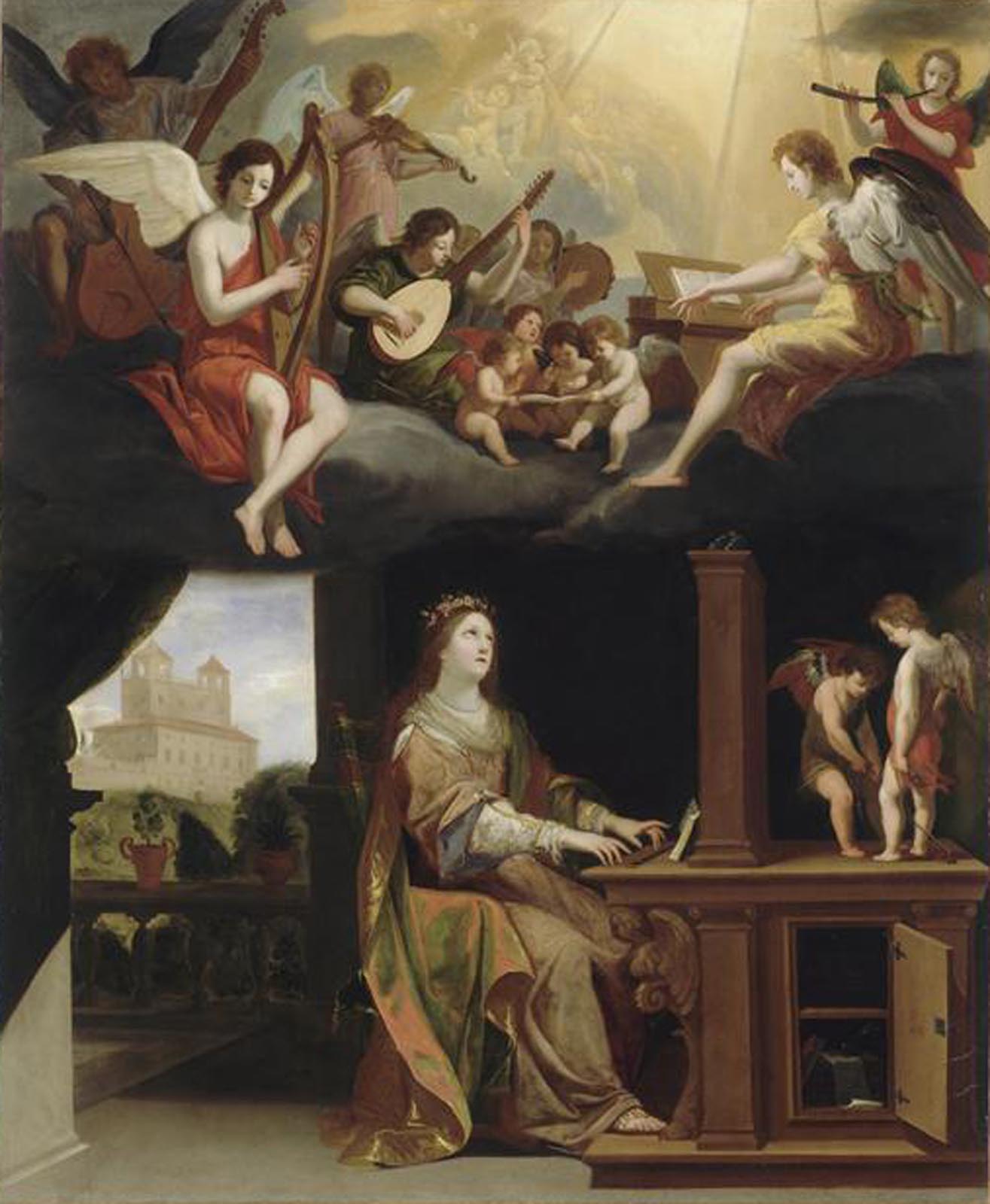 Music to serve God or King

The baroque era was one of unification and monarchical absolutism, and music was composed for the glory of the King (Court music) or God (church music). Renaissance music was deeply entrenched in society and the values of the time, while baroque music tended to focus on life at Court, with a social role and a distinctive artistic character.

The great composers of baroque music worked within the structure of artist, patron and institution. Patronage and philanthropy were social institutions which ensured a stable link between musicians and their employers or patrons. Baroque composers served their master like craftsmen with a commission, composing and playing for a specific audience, occasion and venue.

Baroque music was to be found in three main institutions, each with its own venue, style and social function.

In cathedrals, monasteries and churches the organists and choirmasters composed, played and conducted their own music. Church organists improvised or wrote music to accompany all or part of the service. More elaborate music involving choirs, soloists and instruments was composed in larger institutions or on important occasions.

Under the patronage of the King or nobility, musicians were hired on a par with painters, milliners and hunt masters. Musicians were totally at their service of their employer, which guaranteed them a comfortable income and lifestyle, their status varying from court to court. Court musicians tended to be more aware of musical trends than church musicians as they often travelled with their master and came into contact with the great virtuoso musicians of the time.

Although many opera houses were attached to Courts in France, Austria and Germany, some were run privately, notably in the large Italian towns.  Audiences rushed to hear and admire the singers and dancers, and the composer’s main task was to provide music which best served the players, frequently conducting his own music from the harpsichord.

Using architectural terminology, one could say that baroque music uses the continuo as foundations and musical chords as pillars, adding ornamental features to dynamise the receding perspective with lines of melody. These features were common to composers across Europe at the time, such as Monteverdi Purcell, Rameau, Handel and Bach.

Another key feature of baroque music is the grip on the audience’s emotions, the first-time music had this objective. Baroque music combines movement, contrast, ornamentation and illusion, giving the listener a central and active position within the music.
The baroque style is best illustrated in the plastic arts, notably in architecture, with its elements of complexity and harmony.

The art of musical construction is based on the impression of movement chiefly expressed by the use of contour. The musical line fades into the moving masses of light and shadow. Baroque music favoured the art of movement and melodic mobility and established a new form of dissonance, exciting melodies by the magic of ornamentation or via a dialogue between timbres.

The power of contrast, illustrated by the chiaoscuro technique in architecture and especially painting, increases the impression of movement. In music, fondness for contrast dominates the arrangement of the different movements (fast / slow / fast) in concertos or sonatas, the development of the musical palette of nuances and timbres, and the art of variation.

In baroque architecture, sculpture or painting, the ornamentation is what first grabs the attention and impresses with its refinement. Ornamentation is central to baroque music, imbuing it with persuasively eloquent structure. As such, musicians were urged to use their skills to inject tasteful ornamentation. 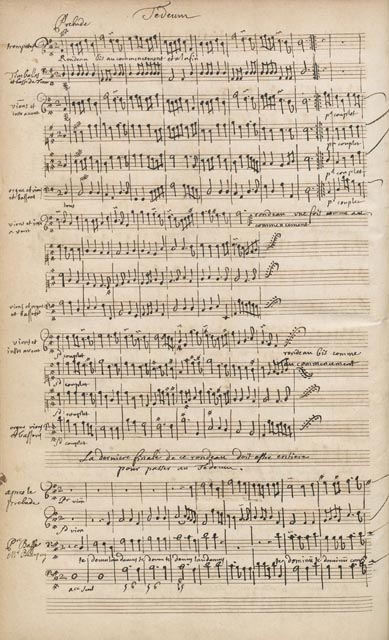 Whether secular (airs, recitatives or opera) or liturgical (motets, oratorios or church cantata), it is vocal music which primarily characterises baroque music. In most societies music accompanied by lyrics is the norm, strictly instrumental music being less common or less important. In the Middle Ages liturgical texts were sung by monks and nuns in the form of Gregorian chants, then cathedral and royal chapel choirs adopted polyphony. During the Renaissance courtly poems were set to music in the form of madrigals for small groups of solo singers.

Sacred vocal music during the baroque era was very diverse in style and form. Most was composed for church services in dedicated venues and adapted to Catholic, Lutheran or Anglican liturgy.

Sacred music had two features: the traditional presence of a choir (solo roles were for individual expression, whereas the choir sang on behalf of the whole Church); and, an exclusively baroque feature, the tendency to borrow from secular vocal music, i.e. opera. Church music became increasingly theatrical under this influence, featuring airs inspired by Italian opera seria. 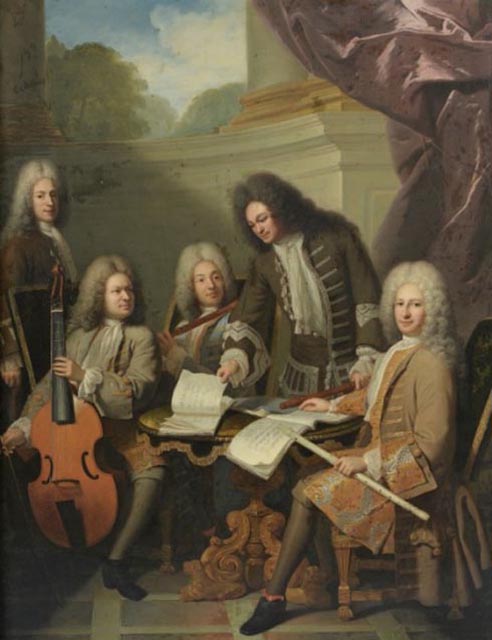 During the baroque era, for the first time in the history of music, composers and musicians started to take instrumental music seriously. Until then vocal music predominated. There were several reasons for the change, but it was mainly the rise in the manufacture of musical instruments (e.g. Stradivarius lutes, Silbermann organs, Blanchet harpsichords and Norman violas) and more established ensembles. The Renaissance consort gradually shifted towards the sonata for solo instruments and continuo, or sonata trios. Dance suites remained the most popular genre in the salons, while the concerto and concerto grosso were favourites at public concerts.