An emblematic show of the first French 17th century

Baroque dance (known as Belle Danse at the time) developed in the 17th century under Louis XIV. It was much more than mere entertainment for the nobility - it was considered a major art form, of social and political significance. Dance was part and parcel of a noble education, and a prerequisite for the honnête homme in full control of his body and mind (and thus his subjects).

Magnificent performances of the ‘Ballet du Roi’ were held each year during Carnaval, a truly royal ritual since the time of Henri IV. The King took to the stage surrounded by selected courtiers and professional players, to present the perfect embodiment of the Virtuous Prince to his Court and subjects. Dance, and the harmony it reflected in its controlled framework, was designed to assert the legitimacy of the Monarch, the strength of his policies and the benefits he bestowed upon his people. The image of the consummate sovereign ensuring order and harmony always appeared in the symbolic choreographic climax of the closing ‘grand ballet’. 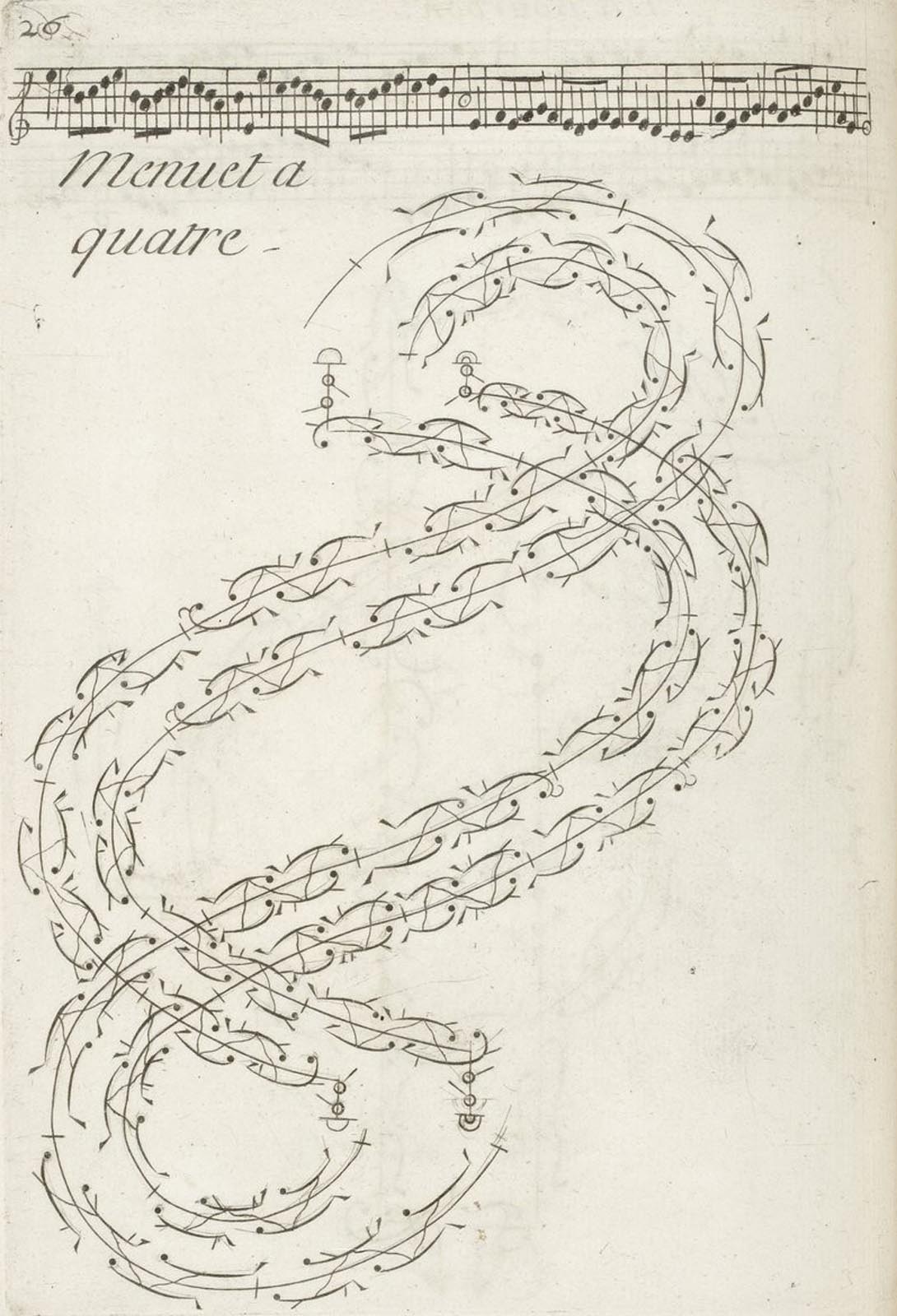 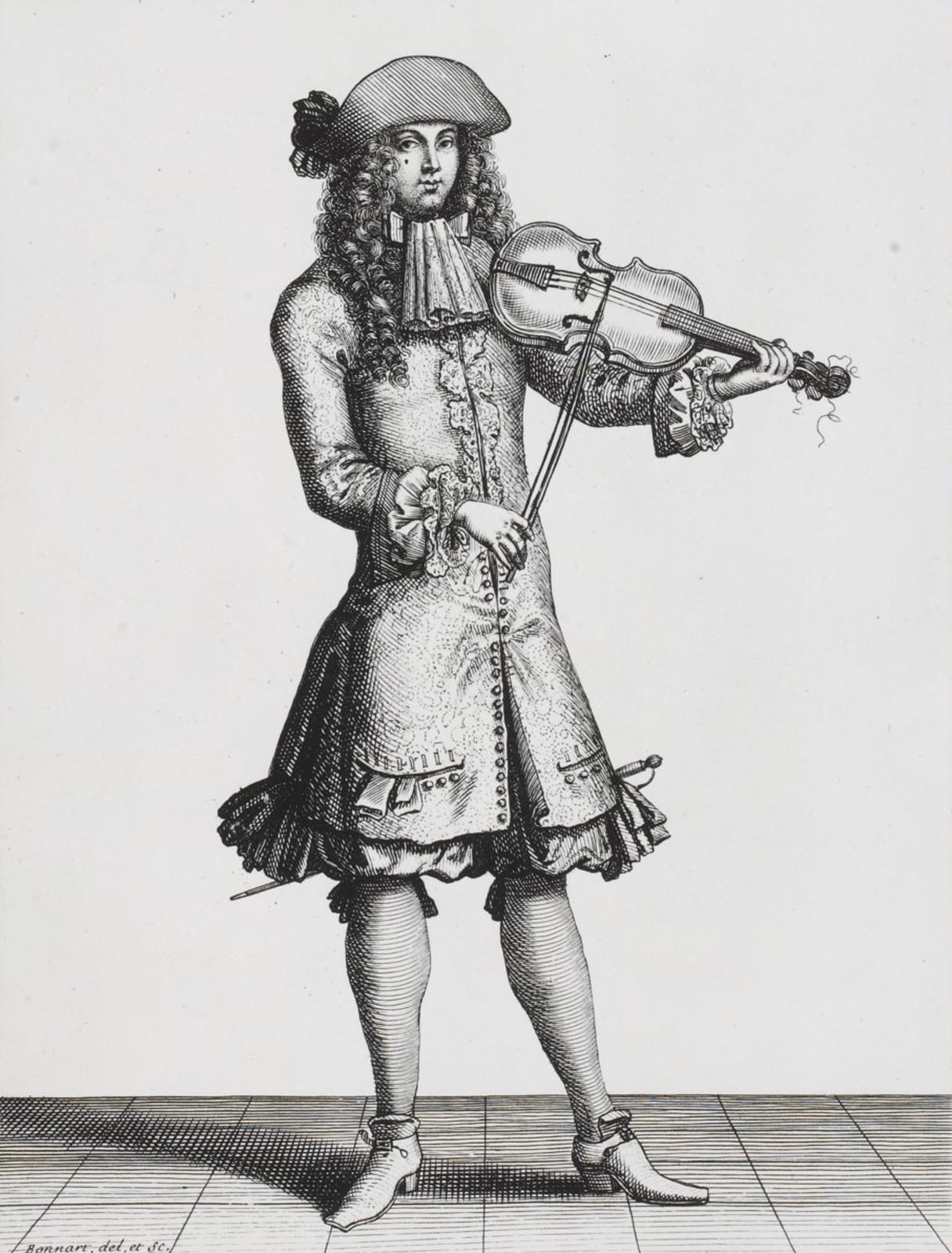 Louis XIV had been a talented dancer since his youth and worked with leading figures like choreographer Pierre Beauchamp.

Dance was a passion, and he first performed in public at the age of 12 alongside the Court’s finest dancers. He was to take choreographics seriously, and, following his father Louis XIII who had understood the political potential of dance, he played many different roles including that of Filou, Devin, a Bacchante, a Titan and a Muse at the Ballet du Roy des Fêtes de Bacchus (1651). 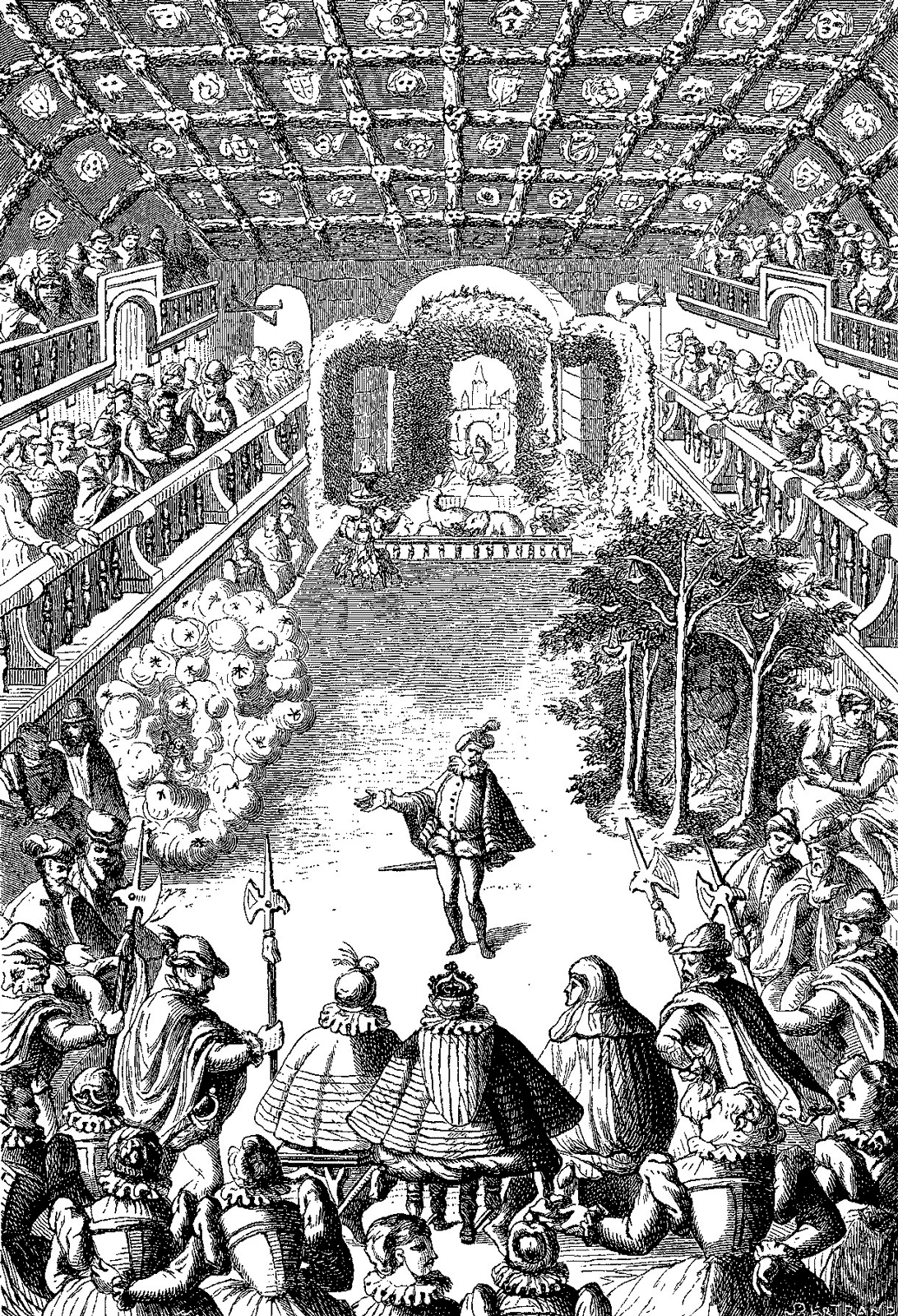 These elaborate spectacles combined poetry, the visual arts, music and dance, and mirrored the passions, concerns and even foibles of aristocratic society from the advent of the genre in 1581, with the Ballet Comique de la Reine.

Under the guise of entertainment it addressed the issue of power and exalted the grandeur of the Monarch. The entire court was obliged to attend if not participate in the ballet. Public performances were put on from the late 1620’s. Initiated by Cardinal Richelieu, the genre became an essential propaganda tool and helped create a real ‘royal mythology’, using political and allegorical themes.

In the 1640’s ballets became even more magnificent, with increasingly ambitious scenography, adopting the Italian-inspired theatrical effects so popular with Paris audiences. Ballet thus incorporated stage decor for the first time (with perspective, ingenious stage machinery, etc.), which added power to the plot and magic to the spectacle.

Only a few ballets were performed at Court under Queen Anne of Austria. The King, born in 1638, was too young to appear in public and for a time the genre gave way to Italian opera which Mazarin attempted rather unsuccessfully to introduce in Paris. To satisfy the French fondness for dance, the Italian operas performed at Court featured ballets and interludes with stage machinery.

Ballet de cour was only revived after the Fronde rebellion in the early 1650’s. Royal librettist Isaac de Benserade updated the genre and gave it noble status, amalgamating different sorts of ballet from the early 17th century. These new ballets had a general theme, often based on an allegory or fable, performed in acts or sections which were in turn split into entrées or tableaux. Each section usually started with an introductory narrative, detailing the subject, the story, and the resulting passions. Within this more precise and established framework, Benserade built on the noble yet fanciful aspects of Court ballet, combining the serious and the light-hearted, traditional and contemporary references, sometimes in satirical vein. As such, the ballet de cour, till then a multi-facetted spectacle, forged a new identity for itself. 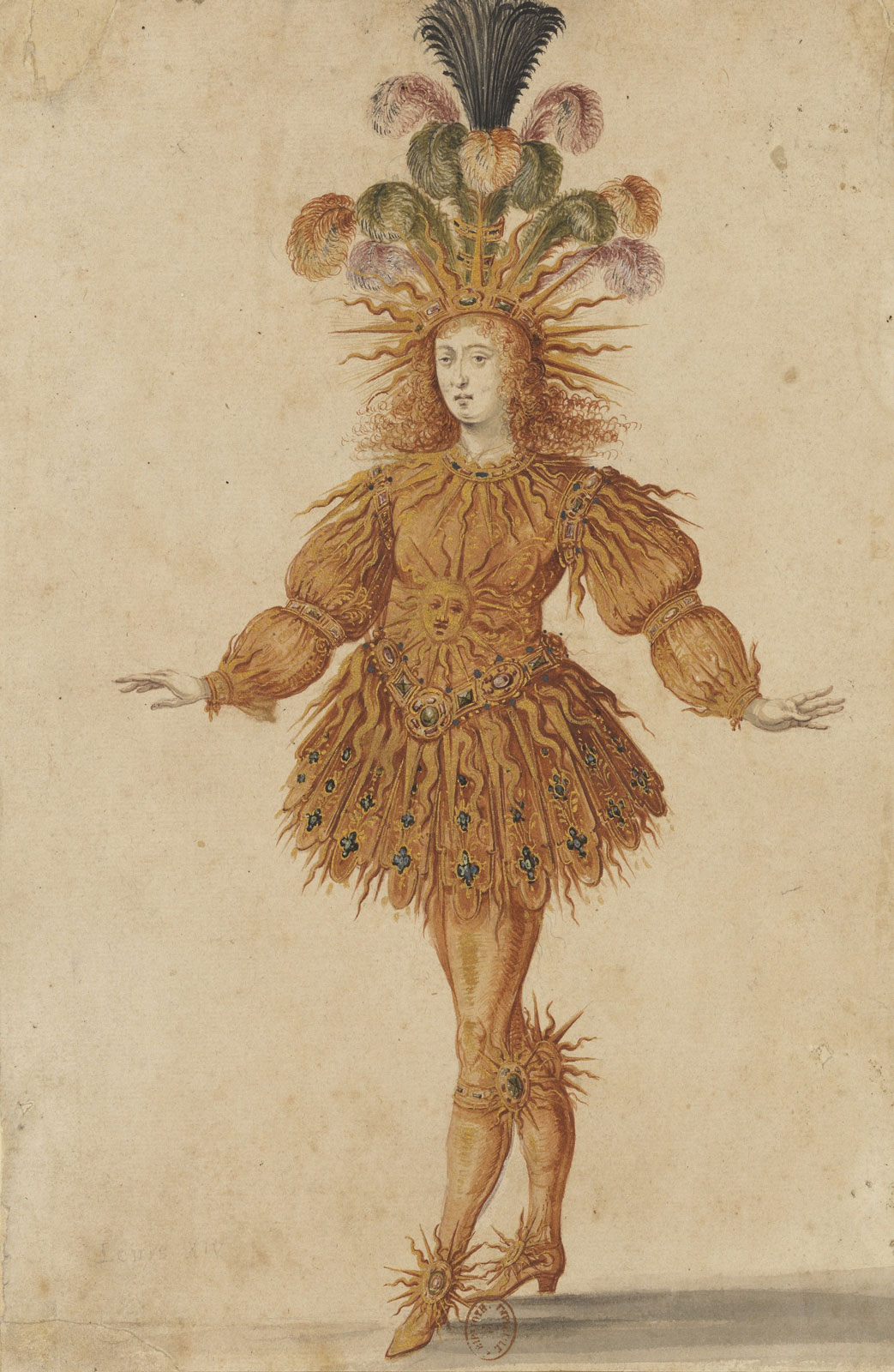 In February 1653, Louis XIV, ‘dressed as the Rising Sun’ in sparkling gold and jewels, appeared on stage for the first time aged 15 in the Salle du Petit-Bourbon to dance ‘his’ ballet in front of the Court and a throng of spectators. It was an immense success.

The venue for the Ballet royal de la Nuit (between the Louvre and Saint-Germain-l’Auxerrois church) had been a royal symbol since the Renaissance.

With its size (43 entrées) and resources, the Ballet royal de la Nuit surpassed its predecessors in its symbolic intent and political overtones. It was designed to show audiences the victory of legitimate power and order over revolt and anarchy (the Fronde), depicting a triumphant and supremely confident young Monarch.

It satisfied all the criteria for a royal Ballet. Its themes helped construct the royal myth, combining the fabulous or the romanesque, with symbols, emblems and allegories as well as contemporary references, and, during carnaval time, transgressive fantasy costumes and masks.

Commissioned by the King, the ballet was directed by Monsieur Clément, the Duke of Nemours’ steward. The libretto was written by the poet Isaac de Benserade, becoming his first masterpiece.

Compared to other 17th century royal ballets, it has been relatively well preserved and documented. One of the dancers was Jean-Baptiste Lully, who rapidly rose to fame on arriving from Italy as a wandering player, becoming the exclusive composer of royal ballet music, traditionally played by the Grande Bande from the Vingt-quatre Violons du Roi.

Like traditional ballets, the Ballet royal de la Nuit had entrées (opening scenes) and a four part structure, introduced by a narrative sung by one or more divine or allegorical figures and followed by a series of noble or fanciful entrées in an entertaining mixture of the serious and the grotesque, of eulogy and satire and of mythology and contemporary politics - scenes filled with allegory and fantastical characters as well as references to everyday life. The finale of a grand ballet featured a recitative from the Dawn. In line with the spirit of ballets de cour, it contained reversals and disharmony, studiously avoiding anything touching on the King as symbol of stability, order and harmony. As in all ballets, the tableaux had several objectives: political intent aside, they aimed to entertain while offering a contrasting view of society, in turn realistic, idealised or ambiguous. 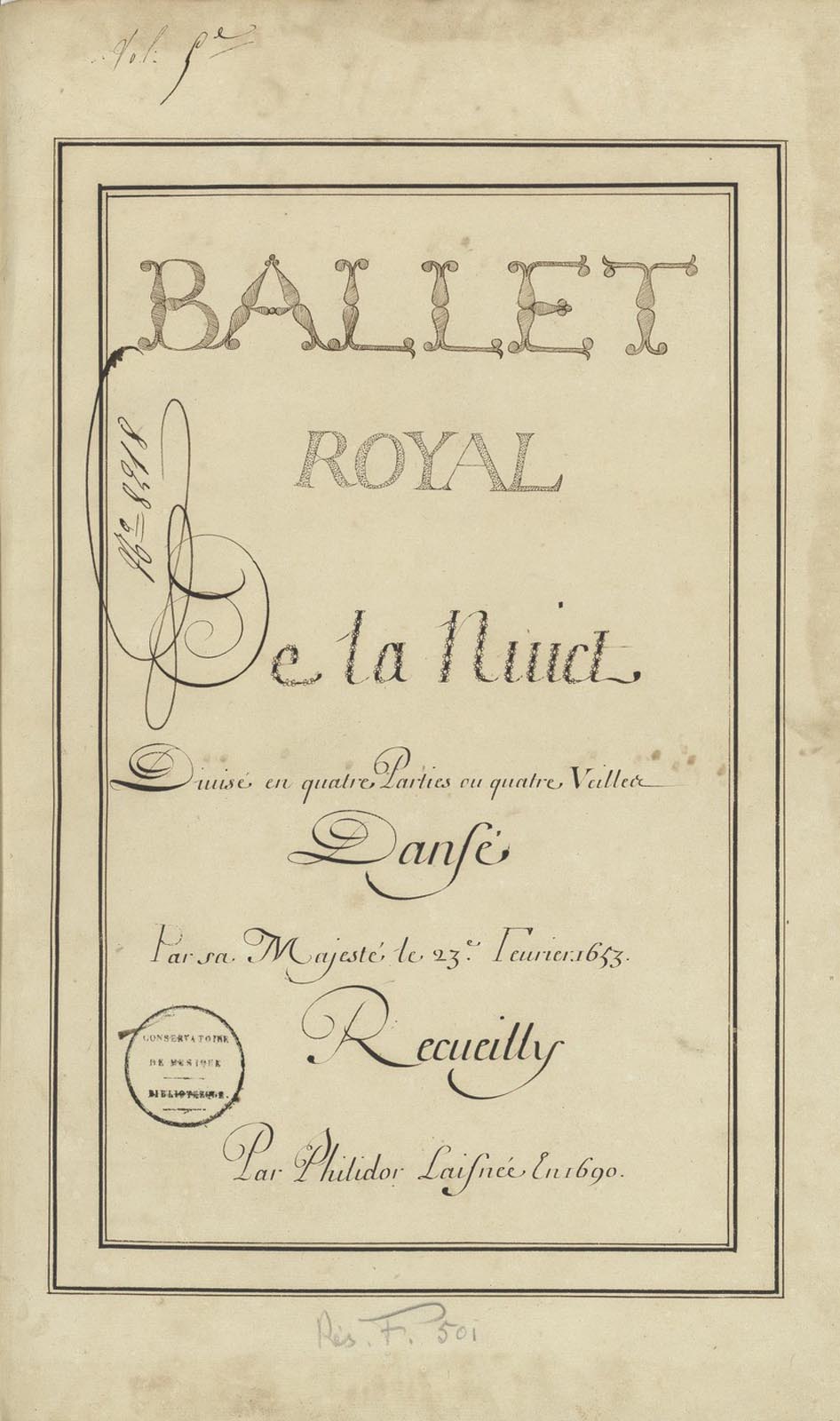 The Ballet royal de la Nuit reflected the image of the young Louis XIV - his interests, passions (dancing, ballet and theatre), education, favourite literature and his taste for contemporary culture. Although in essence political, to demonstrate the Monarch’s ambitions, it showed, despite the derisive elements, his ‘goût délicat pour les savantes beautés’ (Molière), offering a glimpse of the enlightened Monarch he was to become.

After the ballet de cour

In 1682, Louis XIV installed his court and government in Versailles. He stopped performing in ballets after 1670 – his politics and authority were now firmly established and no longer needed to be publicly asserted. Versailles palace was entirely dedicated to his glory and that of Apollo, God of Sunlight and Promoter of the Arts, and it now witnessed the final years of the royal myth which the Ballet royal de la Nuit had initiated almost thirty years previously. The Sun, from its zenith, now started to wane.

Although the ballet de cour genre was to disappear per se, it became an intrinsic part of the tragédie lyrique created by Lully, both in the form of the prologue and in the interludes between the acts. 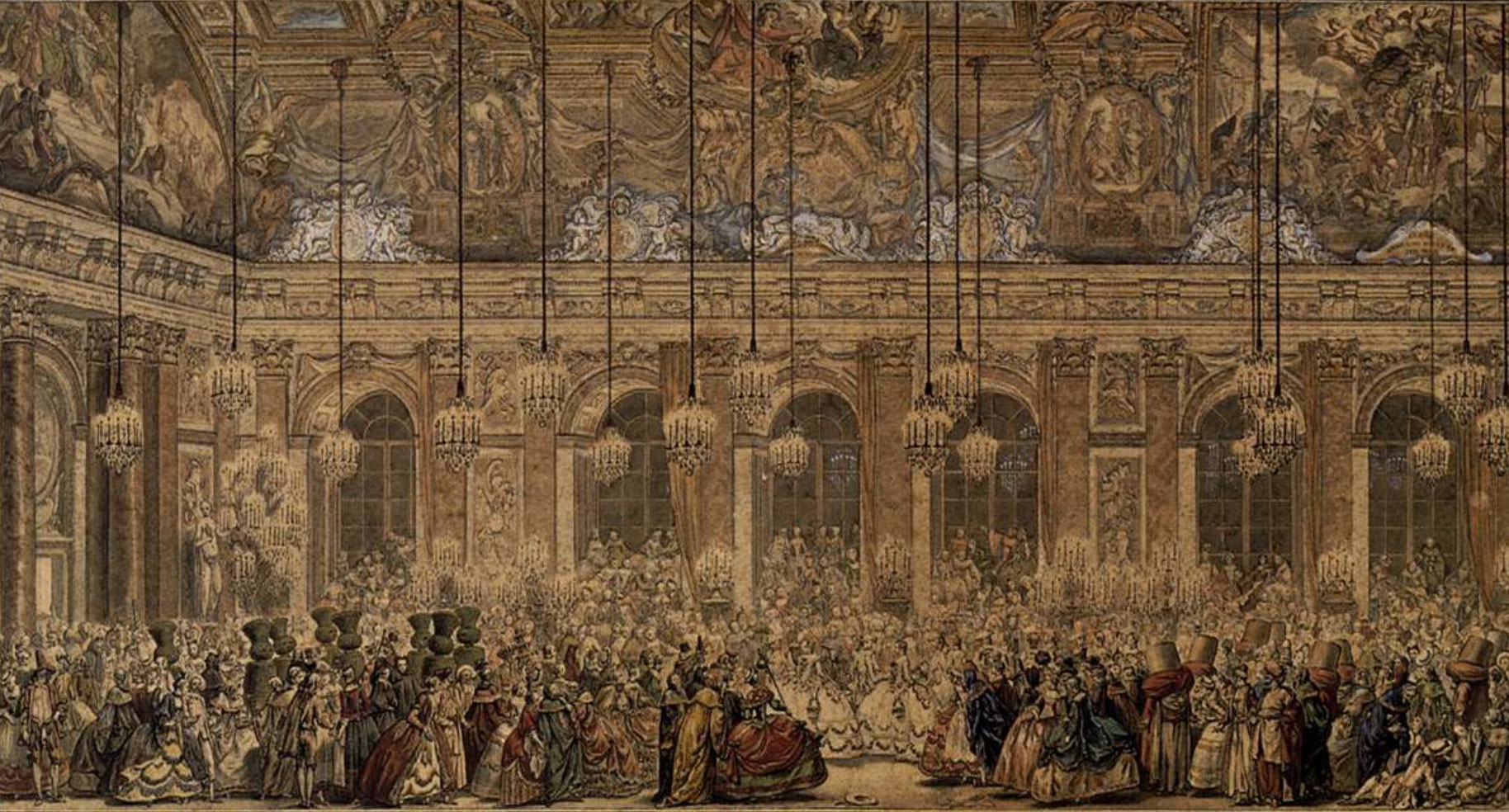 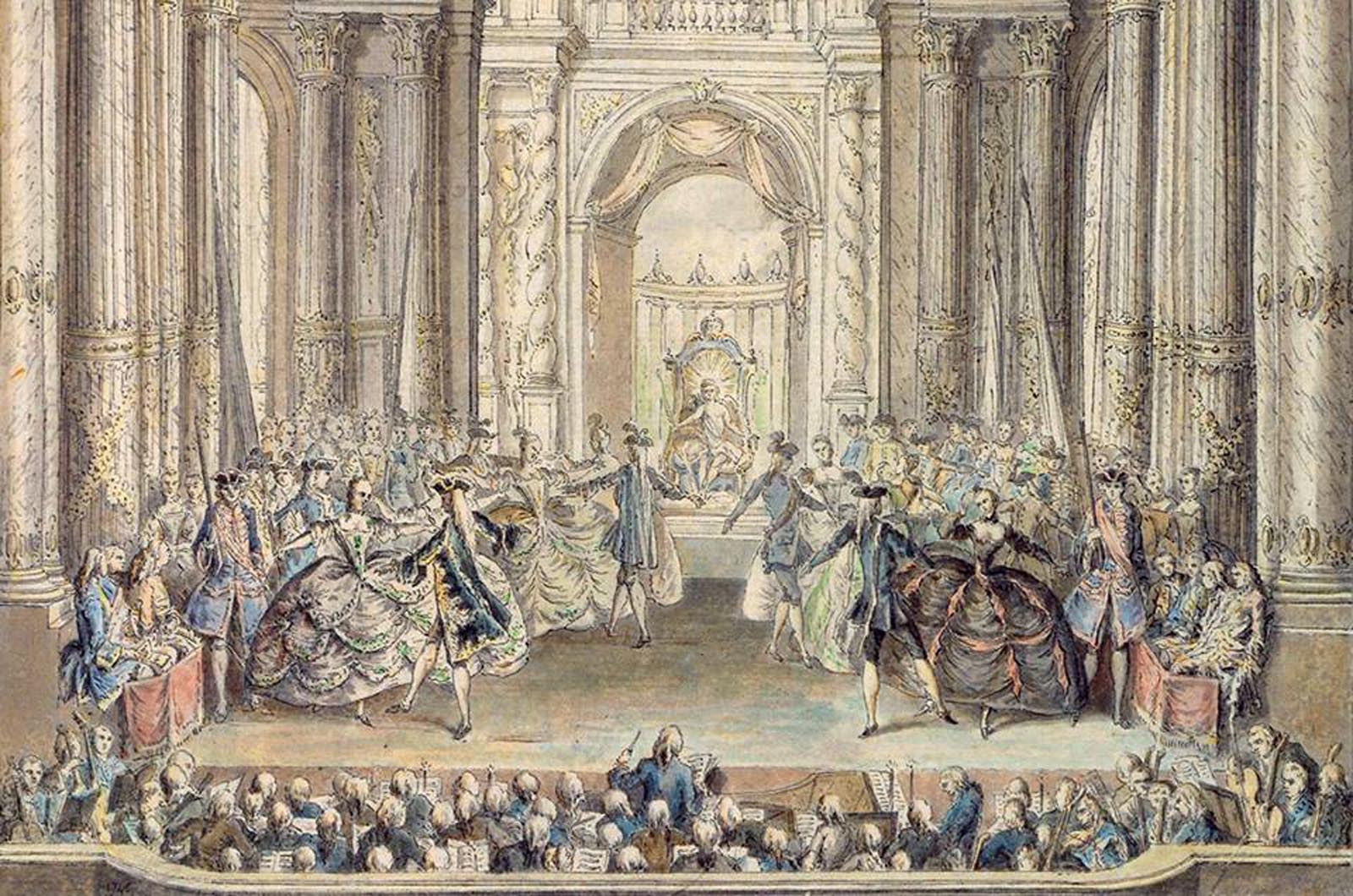 The motet
The birth of Opera